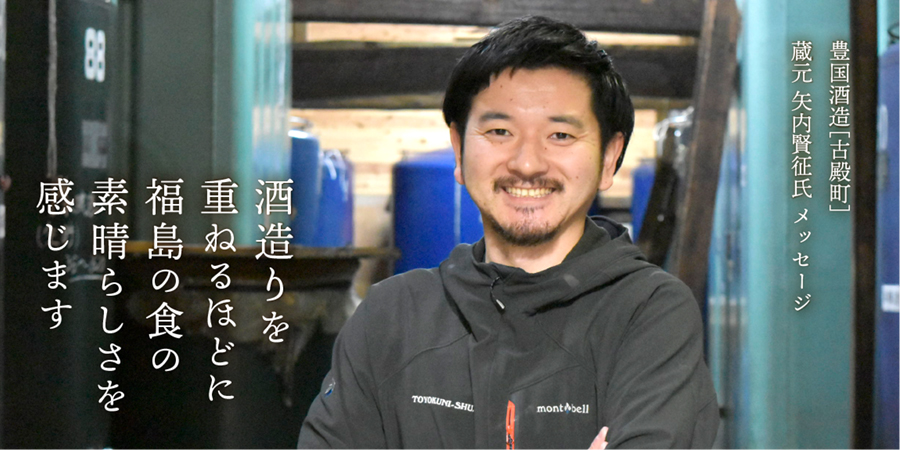 I feel the greatness of Fukushima food as I make more sake !

It has been more than 10 years since I took over my sake brewery and became involved in sake brewing. In the meantime, the number of restaurants that offer sake made by me has increased in and out of the prefecture, and I have often met cooks and farmers, but the more I repeat that encounter, the more food in Fukushima I feel is wonderful.

Considering the years since the earthquake disaster,I respect the skill of the cooks and the efforts of the farmers. At the same time, I think you are rivals in a good way. Because they offer delicious food so I do not want to lose to both farmers and cooks. We have been working hard in the sake brewery in the prefecture, and many sake breweries have won gold prizes at the National Sake Appraisal. I think the ideal relationship is food and sake, where each other can recognize of each other, and I think Fukushima has such an atmosphere.

As I listened to the chef’s story and actually eat it, my thoughts on sake changed. For example, sake that is called “IBUKI” has been making fragrance and sweetness as important factors, but in the last three to four years I think that “bitterness” is also important in addition to fragrance and sweetness. This is exactly what the chefs have noticed.

Seasonal ingredients, such as spring wild vegetables and summer juvenile sweetfish, have that bitterness, so umami comes to life. When the chef grasps it and learns that it is valued, perhaps even sake, a new taste is born by adding a little bitterness as an essence to create a new taste.I came to think that it would match the seasonal ingredients I value. The relationship between food and liquor is very close, and chefs are always inspired. 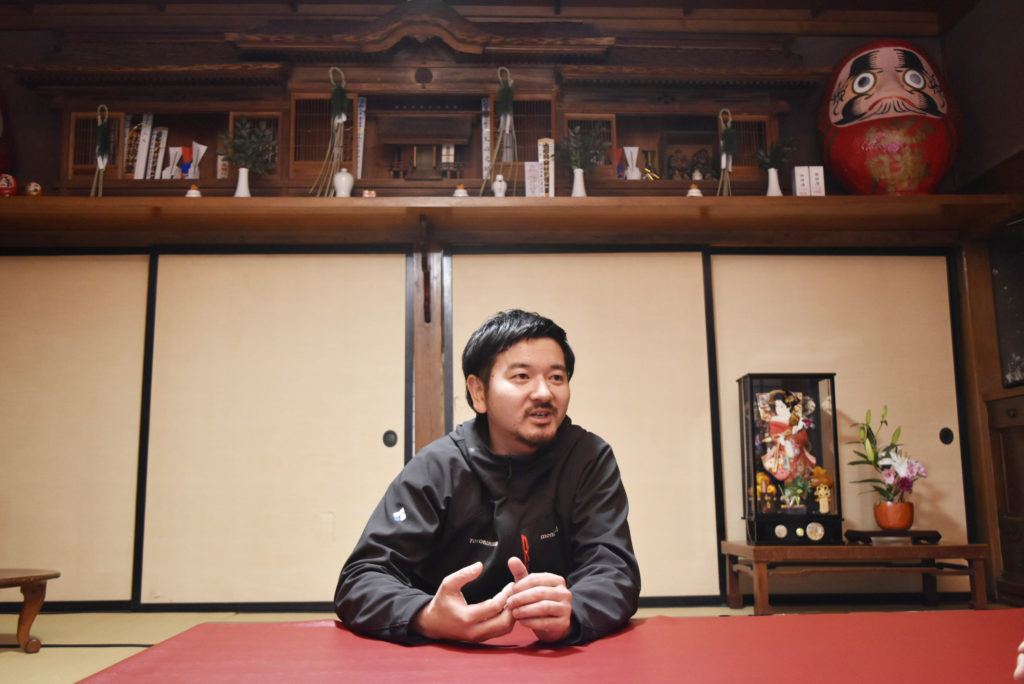 I think local sake is something locals are proud of. So how can you be proud? For example, using local rice and water is one of them, and selling outside the province would be a local pride, but first of all I am a local. Rice, local water, the region itself, you may not be proud of sake. Knowing the history, terrain, and landscape of the land, having an attachment, and being able to speak with pride when people come from other areas are absolutely essential as people involved in local food and liquor culture.

With that in mind, I felt that the philosophy of Terroage Fukushima was very close to my senses.Especially after the earthquake disaster, the connection between farmers, cooks and sake brewers became very strong in Fukushima, I think Terroir Fukushima has contributed to creating an environment that will further deepen this trend. I am looking forward to the day when the activity will spread throughout Fukushima and you will be able to feel the connection as usual when you go anywhere in the prefecture.