Polishing the “taste that can only be found here” based on the second generation owner, Chinese, who is rooted in the old hall of “One Step My Town” 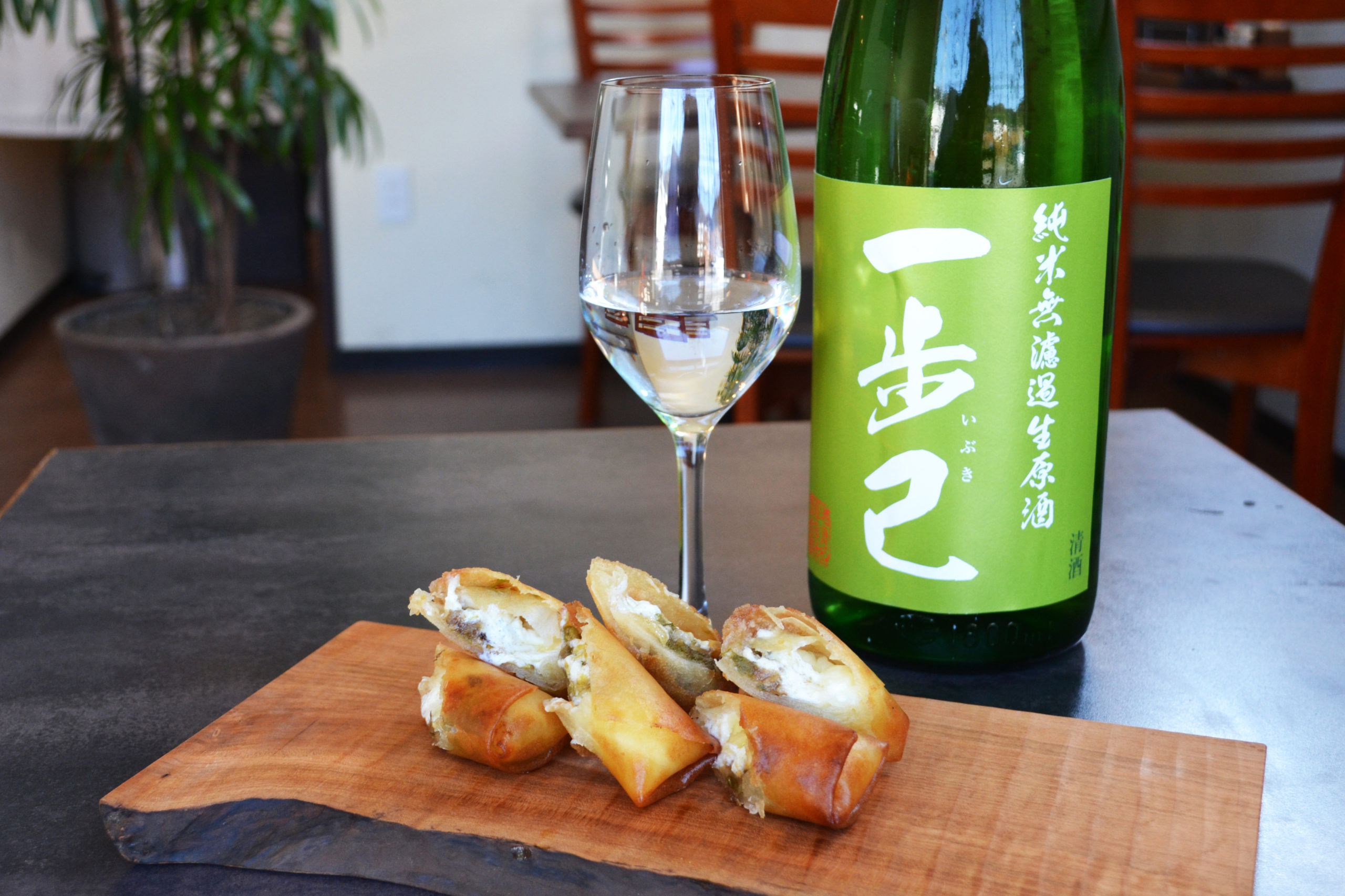 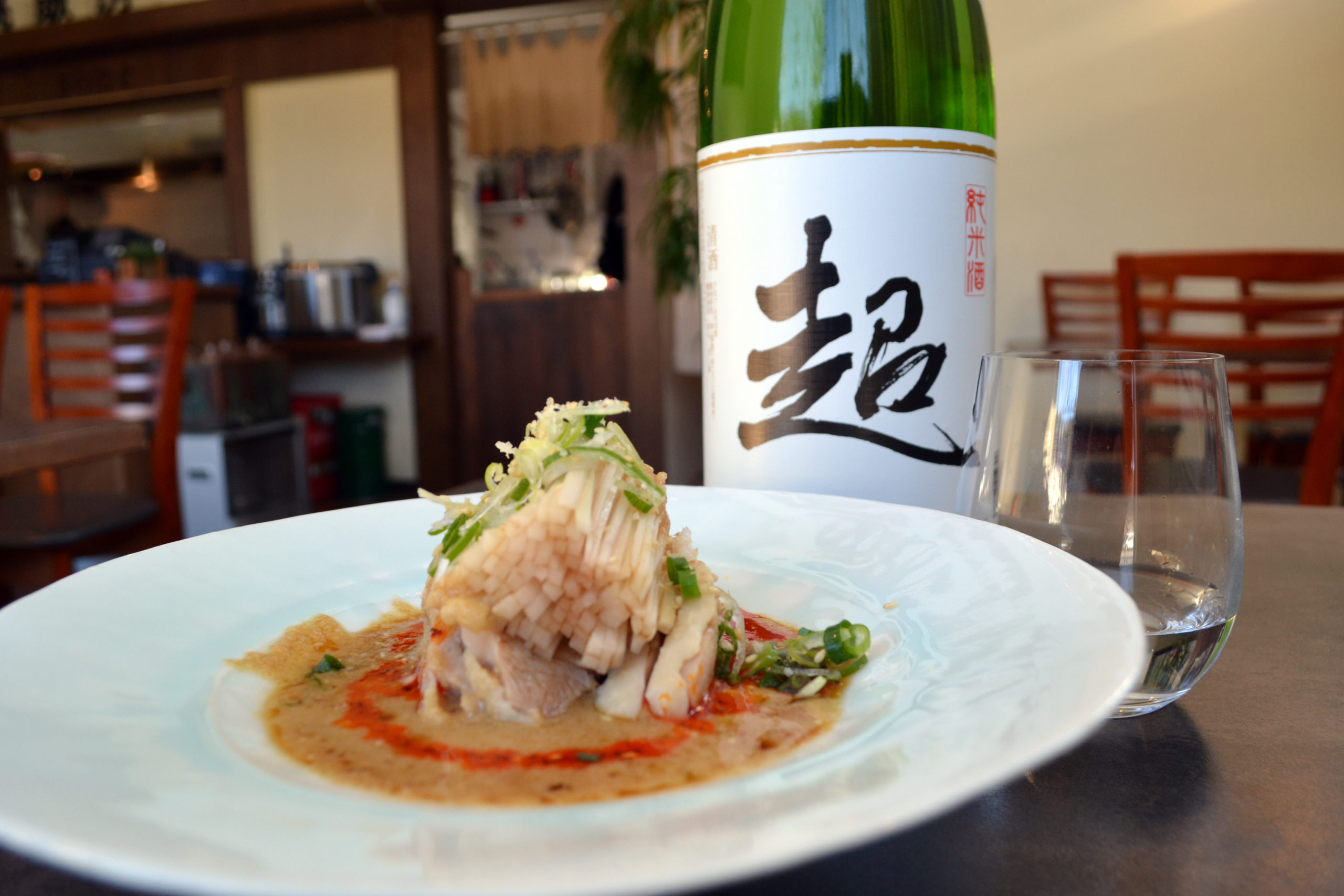 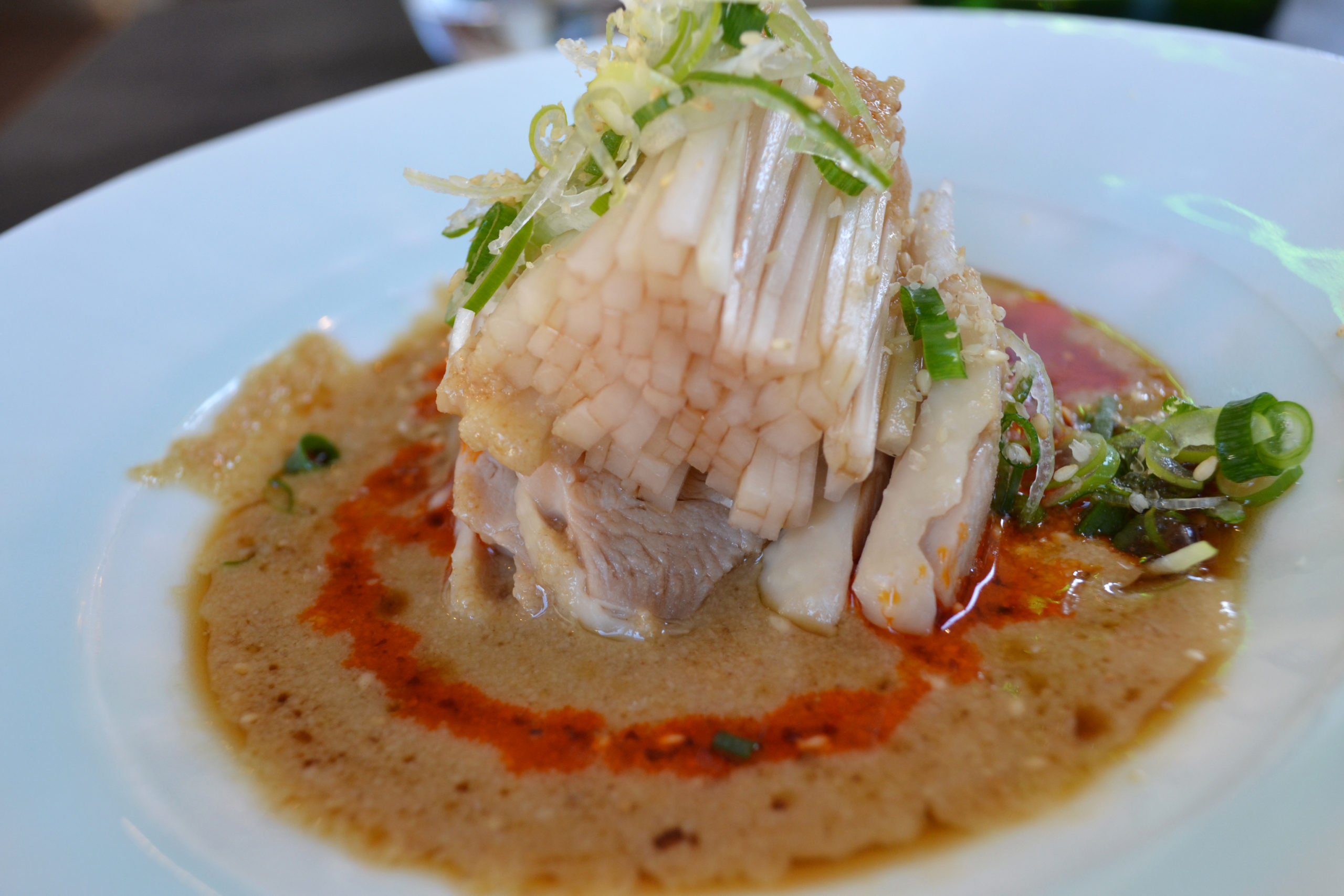 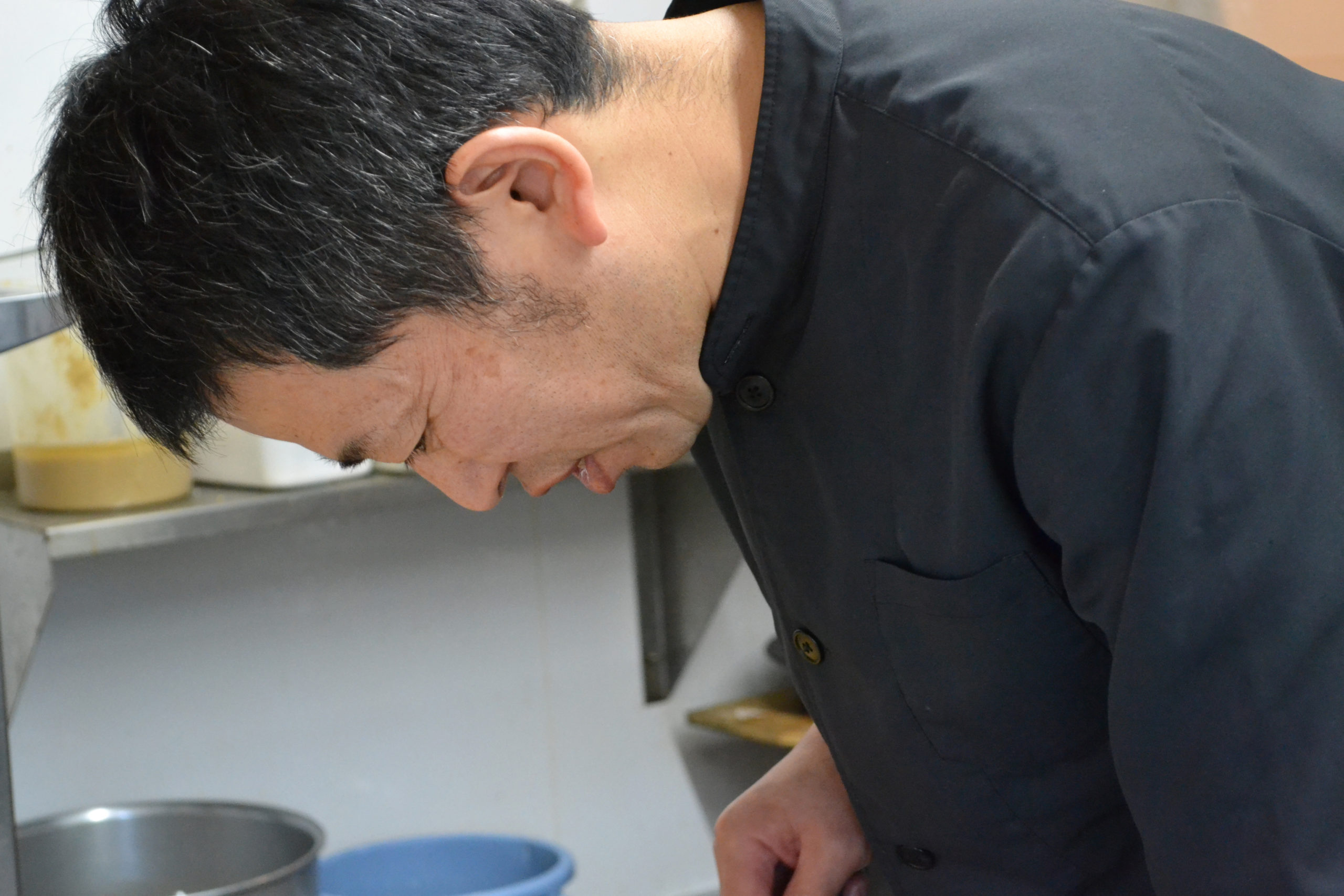 The roots of ramen and set meals have been loved in Kodono for over 30 years. The sake offered is of course the sake that is proud of the local area, Toyokuni Sake Brewery.

Furudono Town, Ishikawa-gun, a mountain town located in the southeastern part of the prefecture and bordering Iwaki City on the east. It is a former post town that was opened along the clear stream of the Same River, which flows into the Pacific Ocean by the side of the Abukuma Highlands, and has a tasteful townscape along the highway. A historical town where the Shinto shrine, Kasake and Yabusame, which is said to continue from the Kamakura era, is performed, and in recent years, there is Toyokuni Sake Brewery, the brewer of sake "Ippeki" that has fans all over the country. Also known as

"Momoibo sone" is located along the highway, which goes a little west from the center of Furudono Town. We renewed Sonneya Shokudo, a ramen and set restaurant that has been loved locally for over 30 years, and reopened in 2016. The owner, Michizane Sone, is the second generation of this store. While maintaining the Chinese tradition from the Soneya Shokudo era, we are challenging the possibilities of new dishes that do not fit in that frame here in Furudono. 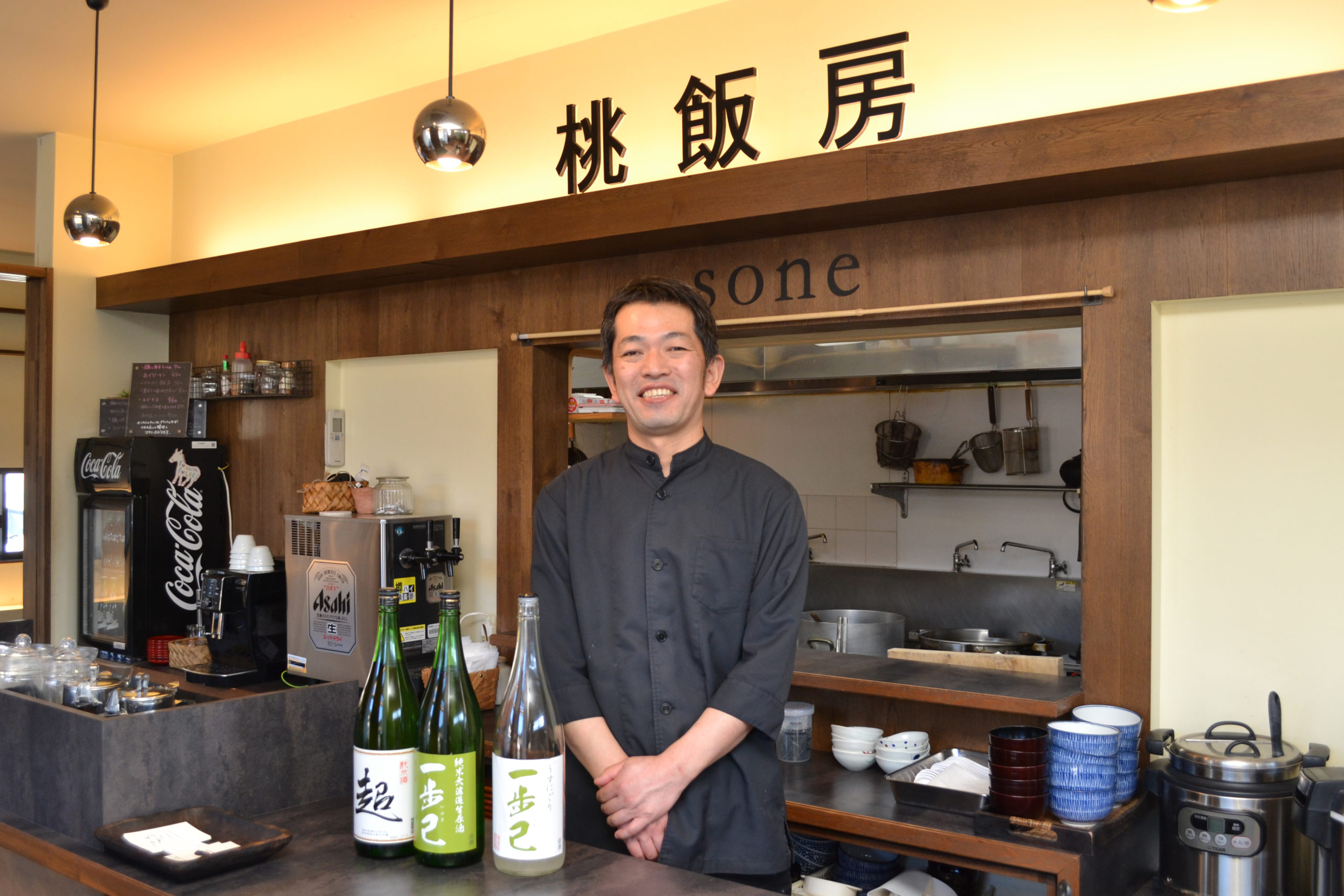 Mr. Sone said that he wrote his dream of the future as "Mr. Cook" in the collection of books for the second grade of elementary school. The dream remained the same in junior high and high school, and after graduating from high school, he studied in Tokyo. After 6 years of experience, I entered Soya and the dining room. However, Furudono Town is depopulated, as is the case with mountainous towns and villages all over the country. At one point, I was thinking about relocating and opening a business in a different land, but I did not proceed as planned and decided to change the style of the store and continue the store locally. “As a result, it was the correct answer,” says Sone, but it was only recently that he realized it. 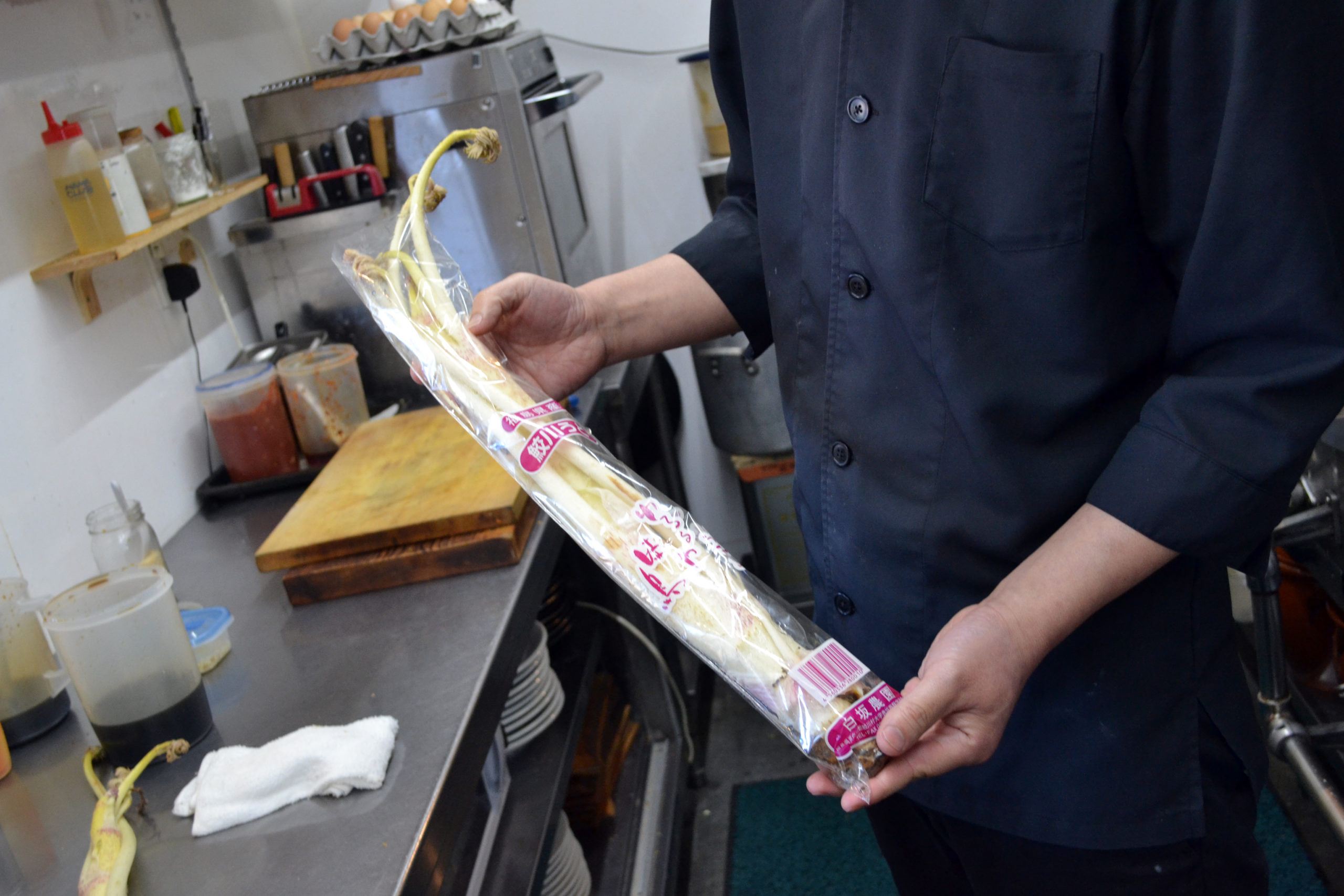 It is completely up to the mother to purchase the Soneya restaurant. I simply cooked with the ingredients in the store. However, after the renewal, he began to think about purchasing himself, so he gradually changed his consciousness.

"For example, if you buy a cabbage to use for kaibein at a roadside station, and you don't have a good cabbage at the roadside station, why don't you buy a cabbage from outside the prefecture at a supermarket and make a kaibekin? I thought that if you don't have cabbage, you should make something else with other local vegetables. From the place where you bought ingredients with cooking, assemble the dish with ingredients. I have changed my mindset. "

Then, mysteriously, the environment surrounding Mr. Sone as a chef suddenly started to move. The connection with the local producer gave birth to the next producer, and the encounter with that producer led to the encounter with attractive ingredients and changed Sone's cooking. "Samegawa Udo", which is cultivated at the Shirasaka Farm in the neighboring village of Samegawa, was one of the ingredients I met in that way. 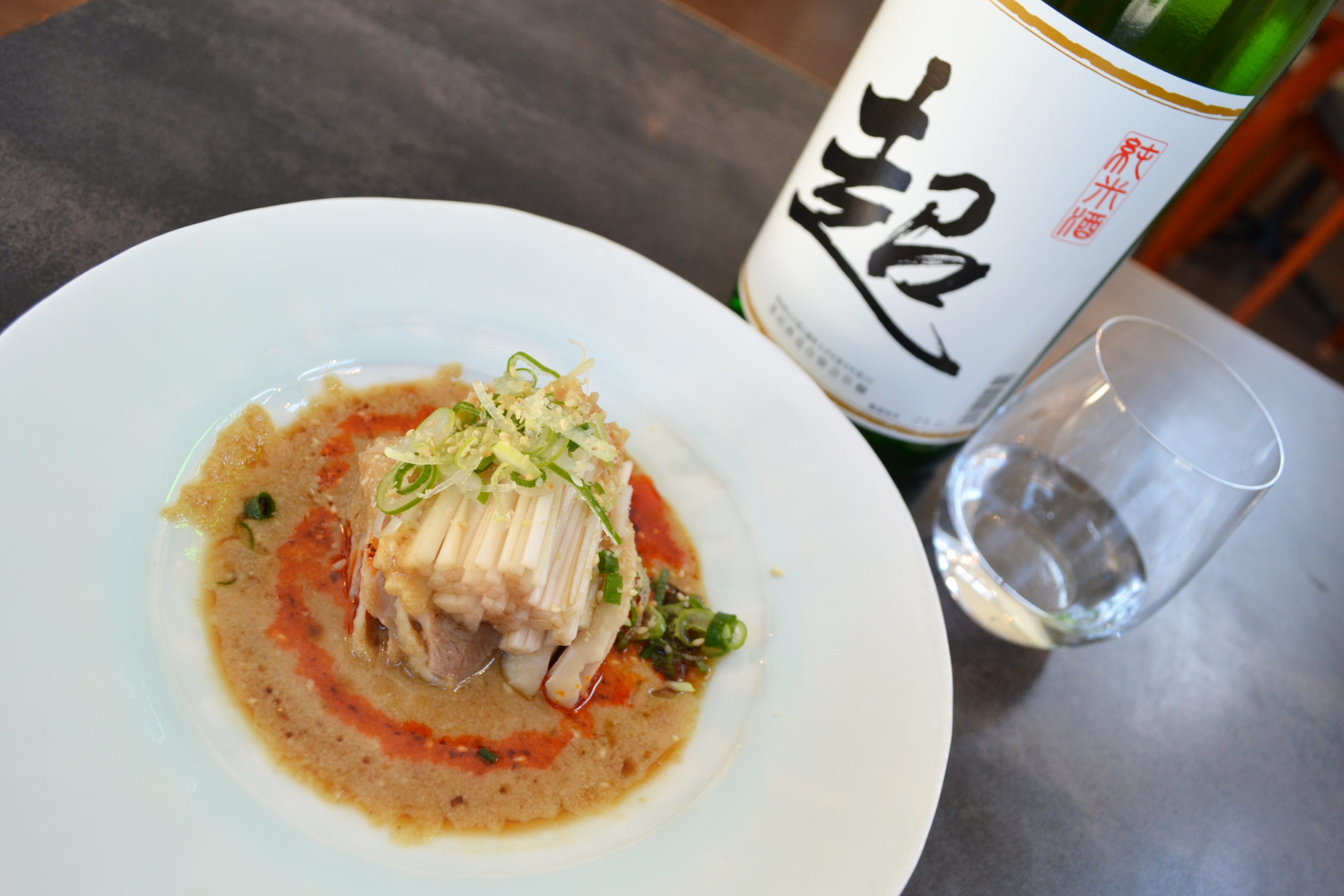 The biggest feature of Samegawa Udo is the lack of agility. By cultivating it in the room (Muro) without exposing it to sunlight, a white, soft uddo that can be eaten raw will grow. Samegawa Udo was cut into long pieces and made into stick sticks with steamed chicken. The arrangement has a subtlety that is a bit different from the dynamic of Chinese.

“I used to work in an Italian restaurant for half a year when I was in Tokyo. It was a culture shock. I, who knew only the world of popular Chinese, knew only the world, suddenly went to a world where detailed steps and arrangements were necessary. But I'm sure my experience at that time is still useful, and without that experience I wouldn't have been able to come up with such arrangements now. "

Of course, the Junmai liquor “Cho” from the local Toyokuni Sake Brewery is matched with this Banbanji. Its crisp and refreshing taste neutralizes the spiciness of the chili oil of the Banbanji, and exquisitely entangles with the sweetness of sesame sauce.

Cheese is another ingredient that is rarely used in the Chinese area. Samekawamura Farm A cream team using jersey milk from Tsubasa was mixed with homemade Fukinoto Miso to make a spring roll. The ingredients to match with cream cheese vary depending on the season. Sometimes it's a mountain dish such as bamboo shoots, and sometimes it's a mixture of Iwaki seafood.

This spring roll is accompanied by "Ippeki", the sake that Furudono is proud of all over the country.

"It's strange, but even if you cook with the image of matching it with red wine or white wine, when you ask your impressions, you say," One step suits you best. " I'm sure there is someone here, but I'm sure it's natural that sake made with local water goes well with food made with the same water. ”

Mr. Sone has experienced many encounters and challenges as a chef over the years since becoming "Momoidabo sone" from "Soneya Shokudo". He says that he was thinking of leaving the city, but now he can get the shop back on track because he is running a shop in Furudonocho. By being close to Iwaki, a network with Iwaki chefs and producers such as Hagiharu Tomo was born, and a connection with Toyokuni Shuzo's Mr. Kenzo Yauchi, a brewer of the brewery, led to an exchange with the chef of Nakadori. It was. It seems that the number of customers who come to know the store through SNS and come from far away has increased. Customers will come from anywhere if they provide food that can only be eaten here. He says that he is now confident.

On the other hand, we also want to value the customers who have always loved the store. As a local rooter, Sone says he does not want to forget that.

“It's certainly exciting to try new things for people coming from far away, but I also feel that it leaves our customers behind. It's roots when it comes to the origin of stores. After all, some customers still call us "Soneya Shokudo".

I would like to cook while preparing to be able to compete as a chef in an emergency, staying rooted in the town without being confused, confused, or squeezed. "