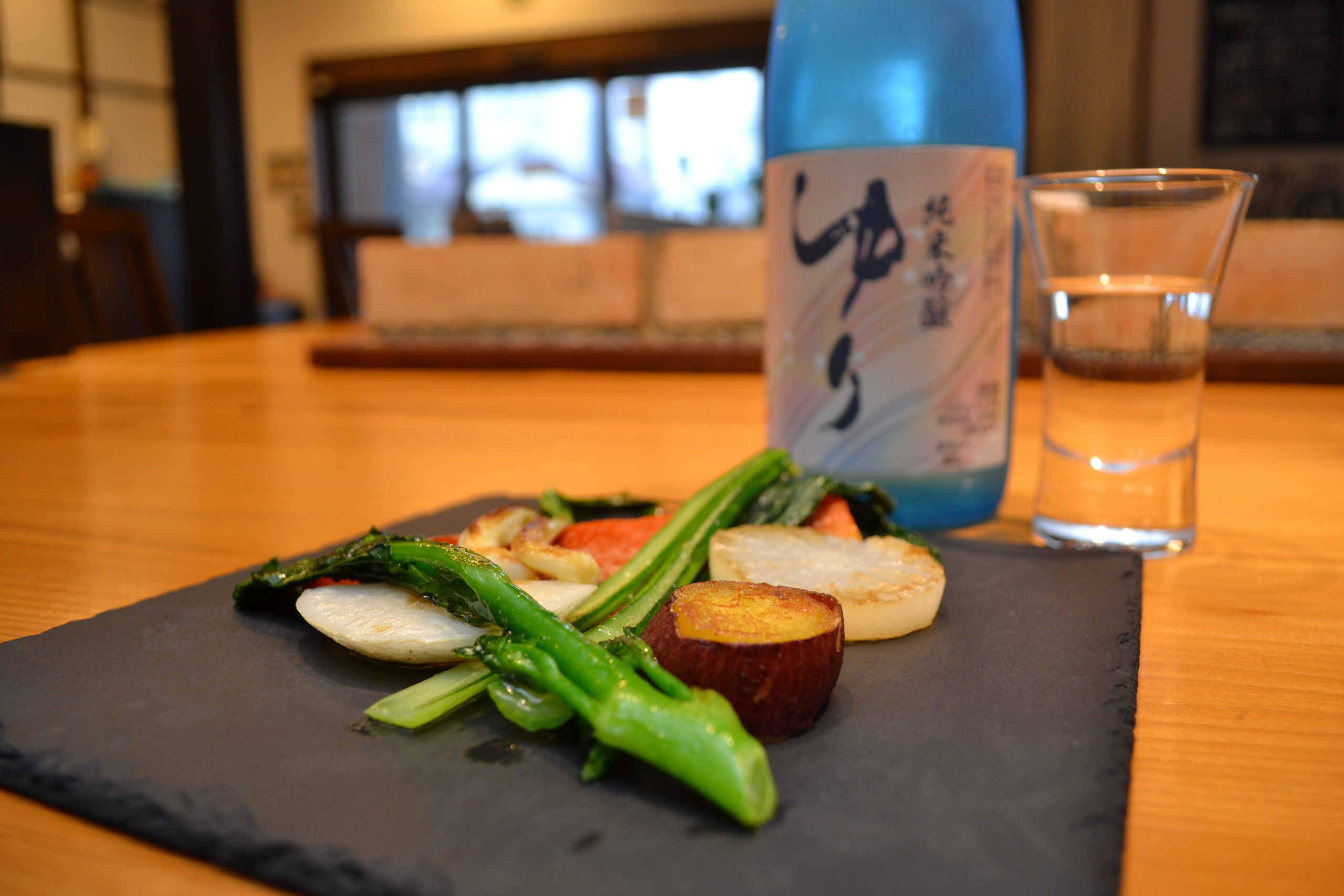 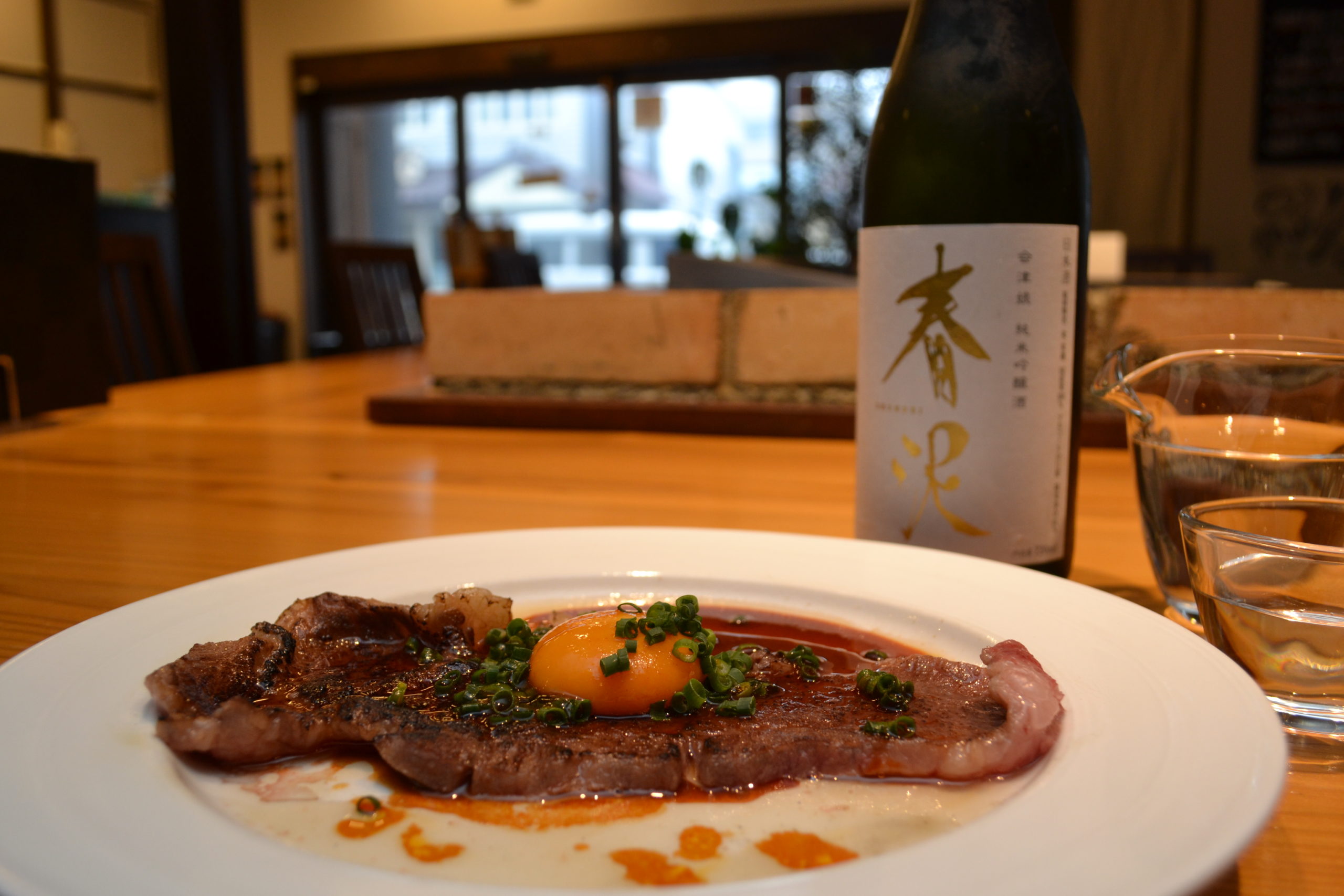 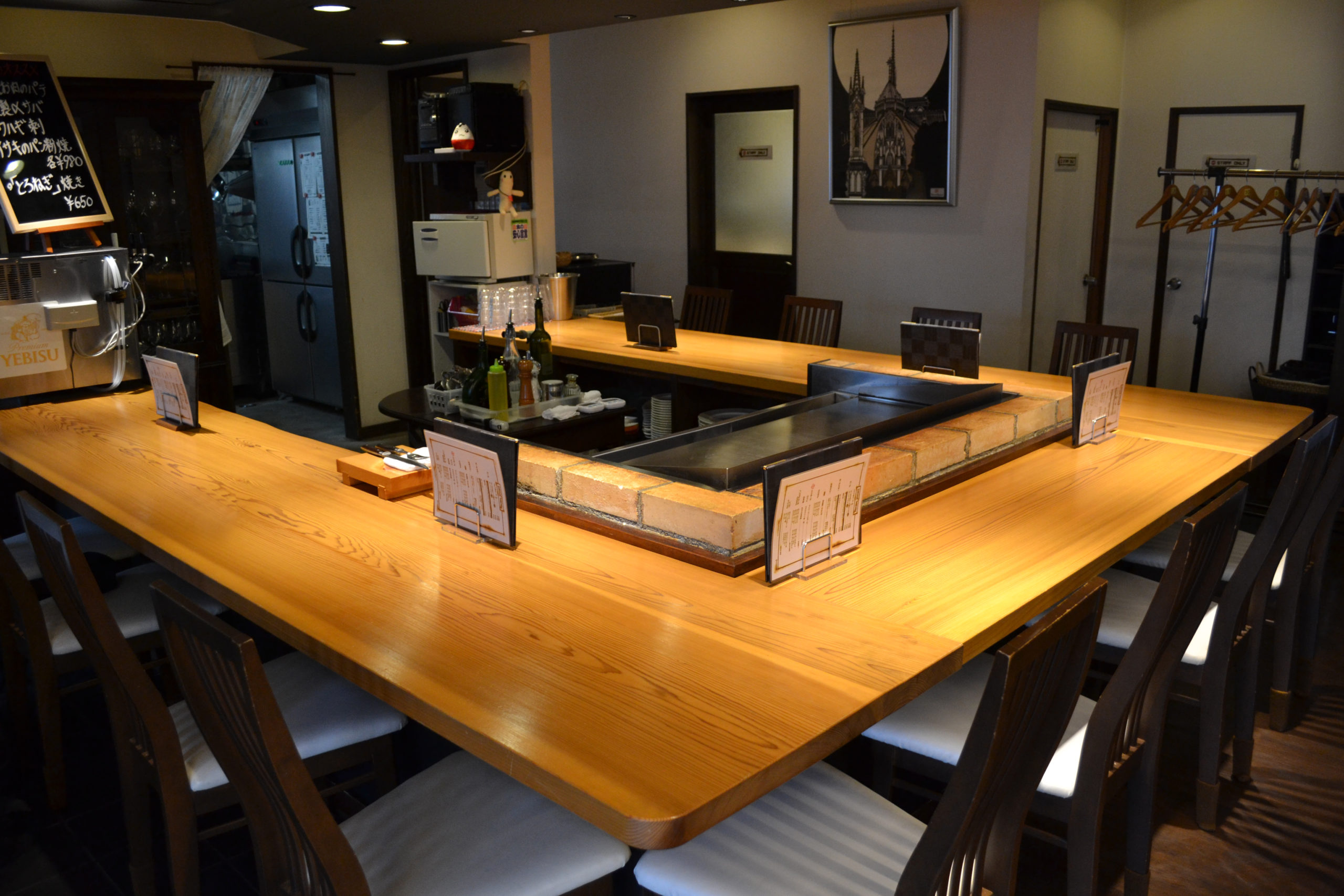 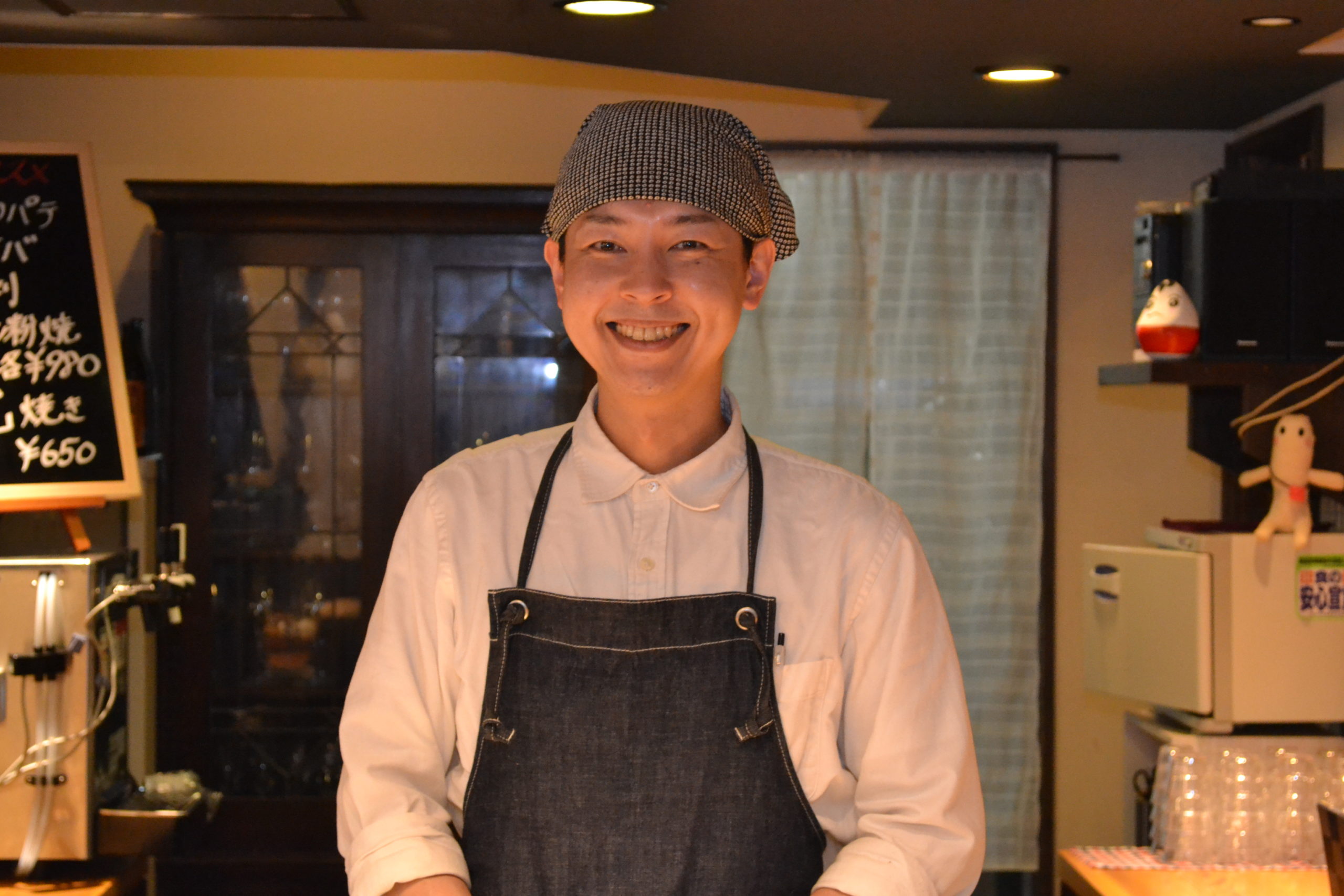 From French restaurant to Teppanyaki restaurant. “I want to convey the voices of the producers” —The feeling changed the style of the store.

Surrounded by mountains on all four sides, the Aizu region has a long history of developing unique food and agricultural culture. Traditional Aizu vegetables such as "Aizu Kogiku Pumpkin" and "Yomaki Cucumber" have drastically decreased in production due to the modernization of agriculture. Efforts towards this are continuing among Aizu producers.

Through cooking, I want to convey the flavor of Aizu vegetables and the voices of the producers who produce them to many people. There is a chef in Aizuwakamatsu who changes his own cooking style in order to realize that desire. Manabu Sato who sets up "Teppanyaki Aizuya" along Nanukamachi Street, which is crowded with many tourists mainly on weekends. At the center of the U-shaped counter, you can grill local vegetables and Fukushima beef with a fine hand. 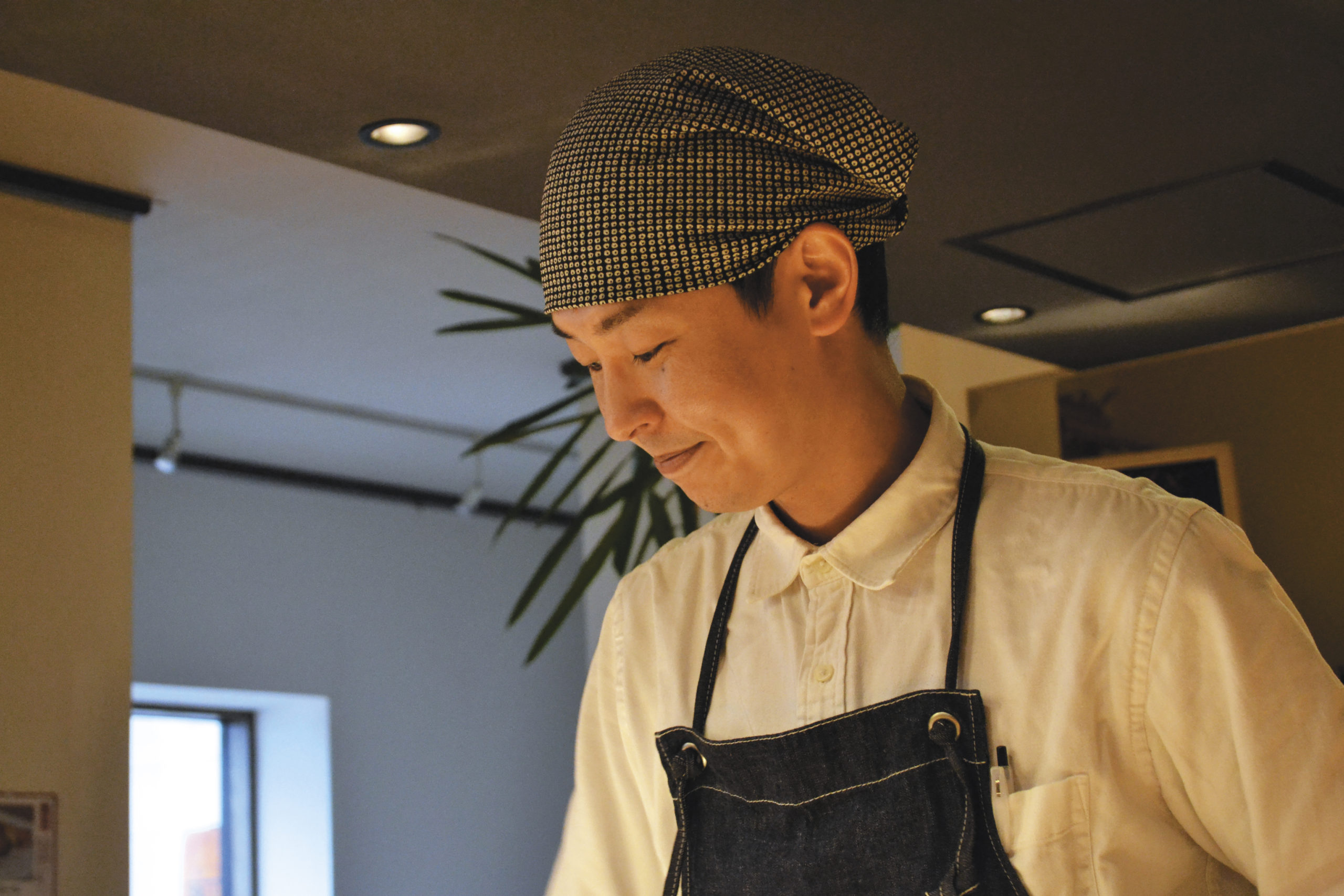 Mr. Sato is from Aizuwakamatsu city. After graduating from university, I trained under the chef Hiroshi Yamanobe of "Chez Yamanobe," a well-known French restaurant in Yunokami, Ai Shimogo Town, where fans from all over the country visit.

“Because it starts three to four years later than general cooks, Mr. Yamanobe taught me the attitude and spiritual theory to fill it. Also, how to deal with local ingredients, I learned the importance of listening to voice. "

After that, he gained about 10 years of experience in restaurants, hotels and wedding halls in Koriyama and Iwaki, and opened this restaurant as a French restaurant in 2009. The U-shaped counter was obviously not here yet. 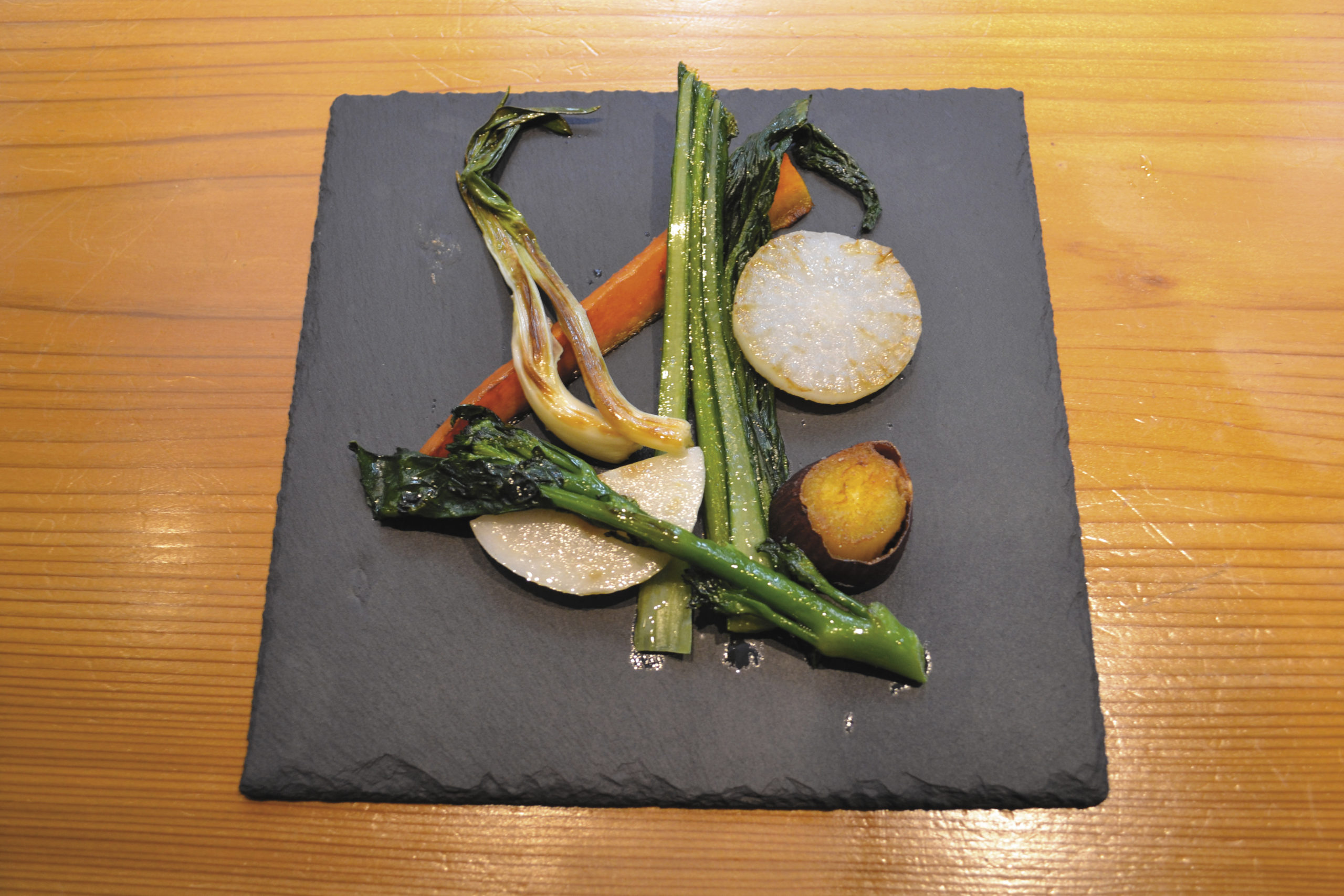 All vegetables are from Aizu. During the season, we sometimes visit contract farmers to help sow seeds.

Mr. Sato said that if he decided to open his own shop, he would have decided to stick to the ingredients of Aizu. However, no matter how much you love the local ingredients in cooking, you may not be able to convey the charm to customers simply by concentrating on the ingredients in the kitchen. He said he gradually came to think that while he continued to cook at a table-only restaurant.

“The stronger I became with the producers, the more I knew the feelings, the more I could think that there was a limit to what I could express on the plate alone. My feelings should be more communicated to customers. I thought so and changed the shop to the current style. "

The vegetables currently offered at the store are all procured from contract farmers in Aizu. Nowadays, not only in Aizu-Wakamatsu city, but also in all areas of Aizu such as Sakashita, Kitakata, Nishiaizu, Minamiaizu, etc. 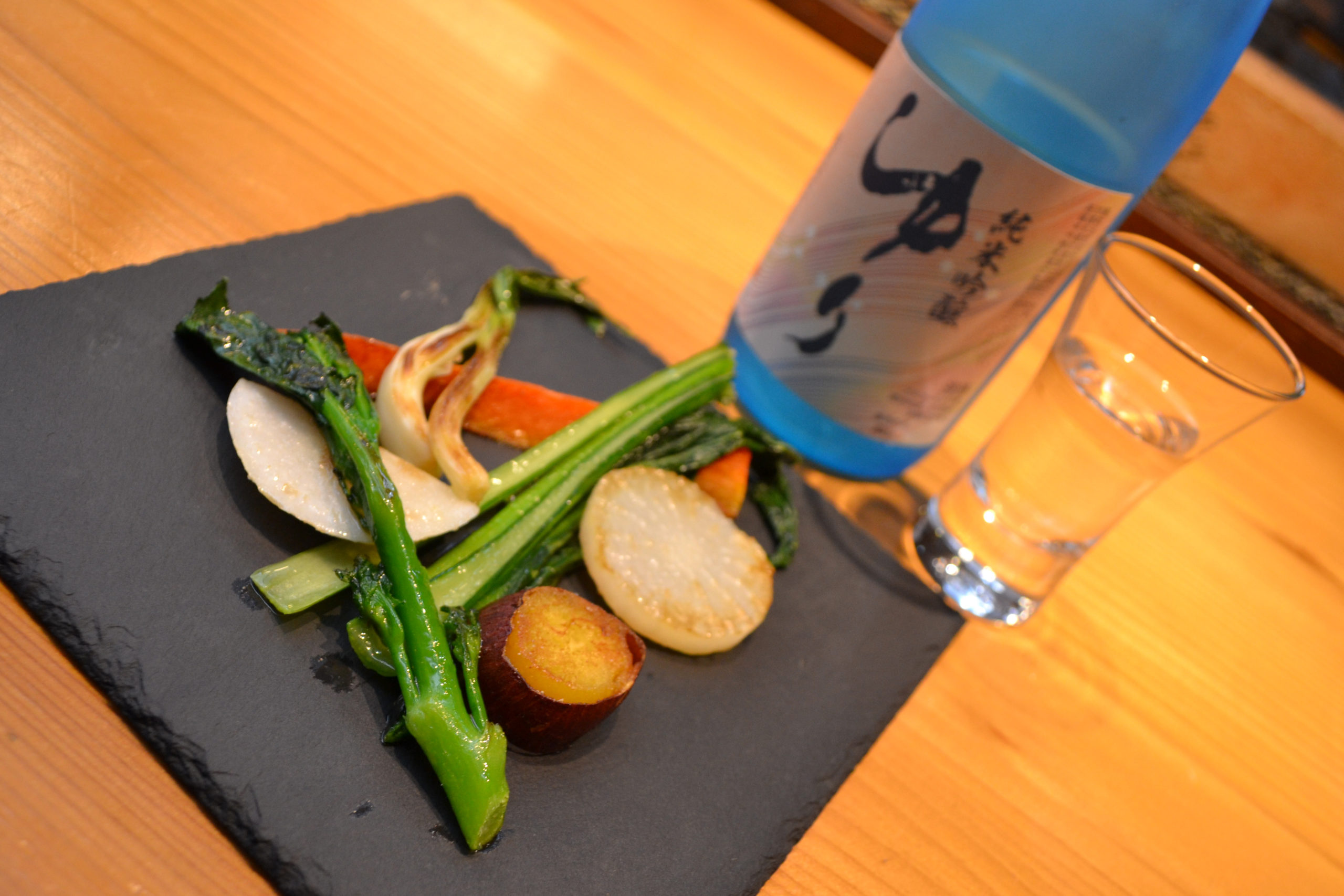 Assorted grilled vegetables that are also offered as one of the course dishes. The most delicious vegetables of the day are baked with the minimum amount of salt and pepper. Carrot, morning glory, turnip, turnip leaf, stick senor, radish, sweet potato were served on this day. Ginseng is steamed for 2 hours, sweet potatoes are once baked into a potato shape, and the sweetness is fully extracted before teppanyaki.

You can feel Mr. Sato's love towards vegetables from the choice of sake. Mr. Sato said, "Yuri Junmai Ginjo" by Tsurue Sake Brewery, which has a brewery along the same Nanukamachi street as the Aizu family, saying, "It's a gentle sake that complements the taste of vegetables." was.

"Because it's an teppanyaki restaurant, it's natural to bake with teppanyaki, but since we use wonderful Fukushima beef, we want to make not only the taste but also the way it looks, we offer it in this style. After all, you can hear the voice saying "Oh." Since everyone can see the baking, I often get orders from other customers at the counter, "Do it for me" (laughs). "

Mr. Sato says that since the current style of the shop, not only conversations between Mr. Sato and customers but also conversations between customers has increased, and from there, the number of opportunities to notice the deliciousness of local ingredients has increased. If he has time, he may go to the producer himself to help plant the seeds. It is said that the contracted farmers often come to the restaurant to eat with their customers. Having the opportunity to interact directly with the producers and hear the voices of the vegetables and raw vegetables is now one of the attractions of this store.

"Telling the producers' thoughts is one of the missions of our cooks."

Mr. Sato who talks so. I want you to feel that "vegetables are really delicious" by removing the extras and making them taste as simple as possible. With that feeling in mind, I continue to spread the appeal of Aizu's vegetables in the middle of the counter today.